Mr Ip Chit Hoo 葉哲豪老師 is my mentor and my inspiration. Mr Ip taught Chinese painting at St. Louis School (聖類斯中學), Hong Kong during the 1950s and 1960s. He was very dedicated to teaching. He wanted us to learn from the masterpieces of the old masters. Fine art books were rare and extremely expensive during that period. Also, no Xerox (photocopy) machine was available at the time.

Mr Ip made simplified copies of the work of the old masters and out of his own very tight budget printed at least 4 albums of landscape paintings each containing 8 pieces of works. The printing had to be done at print shops but he did not seek any reimbursement of the printing cost and gave us free of charge. Mr Ip also gave us some stationery so that as beginners and we had everything we needed to start learning.  At that time we were too young to appreciate his kindness and dedication.

Unfortunately I have lost some of the pieces.  I will share the items that I still have on this website.

For the first album, items 1, 6 and 7 are missing.  The remaining items are shown below.

3.  After Mi Fu 米芾 (米元章)(1051–1107). Mi Fu was a painter, poet and calligraphist during the Song Dynasty. He was renown for his style of painting misty landscapes. He is famous for his Mi-dot Ts’un (米點皴). 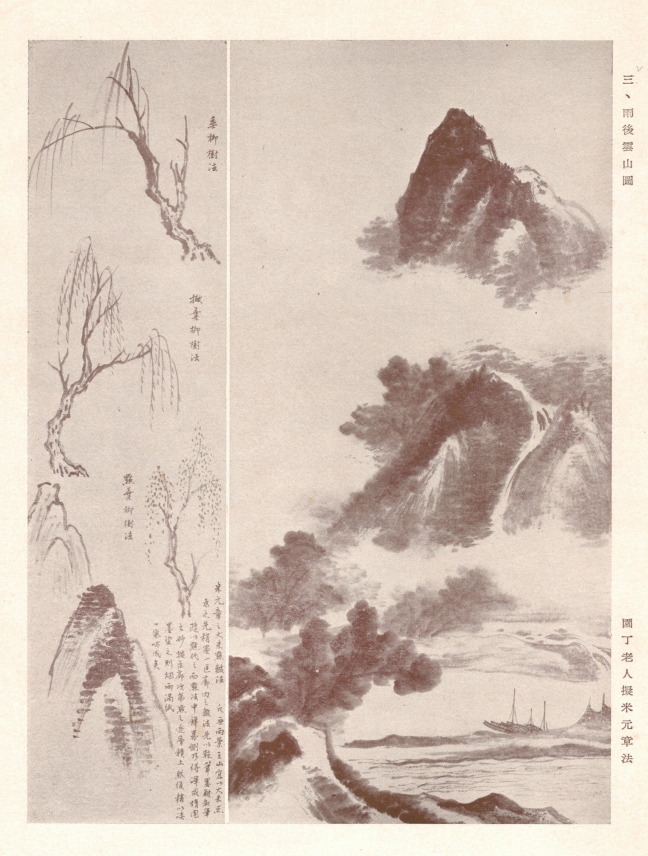 4 After Hsia Kui 夏珪 (1195–1224). Hsia Kui was a painter of the Song Dynasty. Very little is known about his life, and only a few of his works survived but he is generally considered one of China’s greatest artists. He is famous for his Axe-chop Ts’un (斧劈皴). 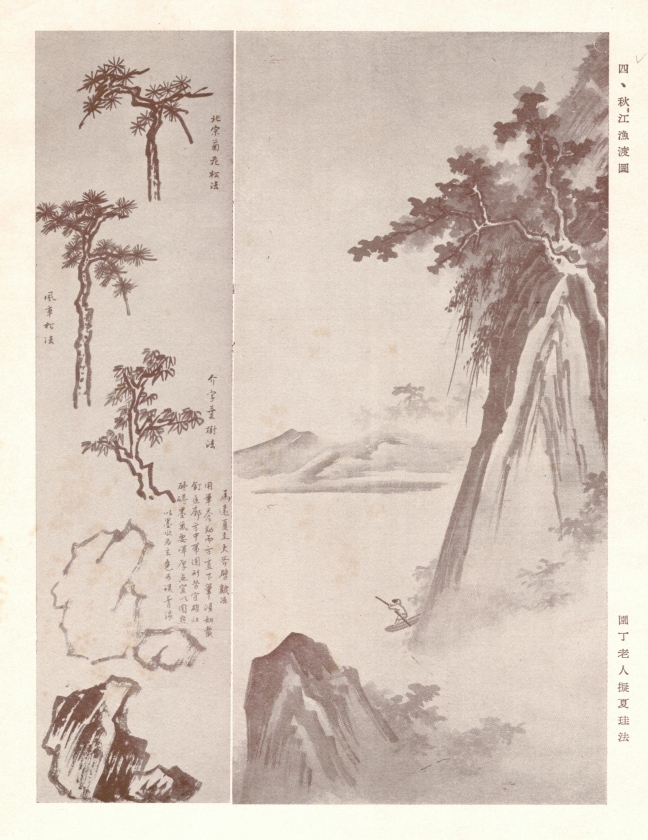 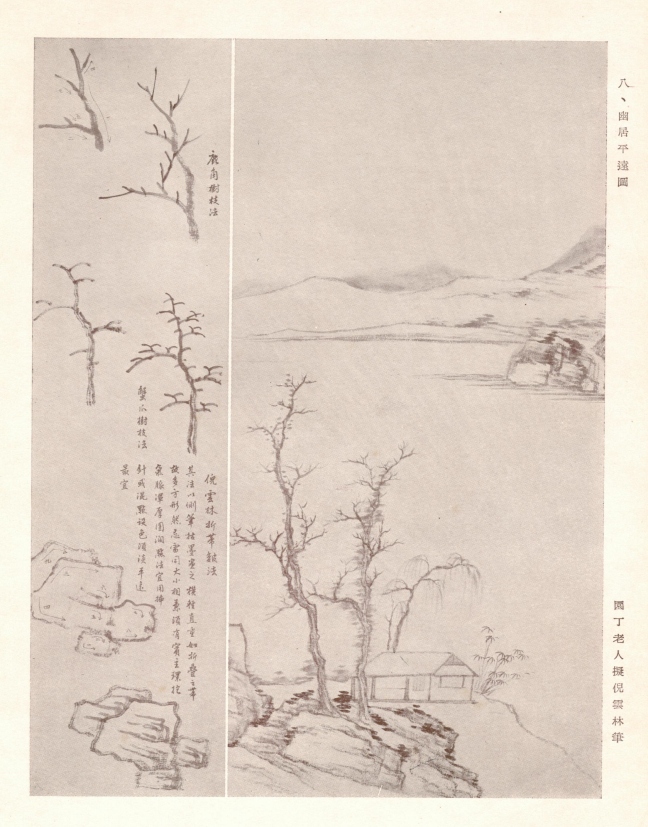